AMAZING mobile massage in Sydney! Best massage I’ve had in a long time and Ingrid was such a professional. Looking forward to booking a massage at home again soon.

Great and very professional. Looking forward to the next one!

From ease of booking and payment through to the level of service delivered, my 60 minute Swedish massage at home was first class. I will definitely use Blys again and would recommend the service to others.

Amazing!! I got home from work and was in a state of relaxation immediately! It’s one of the best massages in Sydney I’ve had and I don’t have to go anywhere now! I could get addicted to this…

Lyndal was so professional and great. I normally go to beauty salons for massages and can never fully relax but with Lyndal’s massage I found myself dozing off and relaxing for the first time in ages as I am a very busy person. Lyndal is hands down the best massage therapist in Sydney.

Thank you so much, my massage was the combination of the perfect amount of deep pressure and relaxation. I have already recommended Blys massage Sydney to my friends.

My Blys massage therapist was great! Really professional with a thorough knowledge of muscle groups and identifying muscles which need more attention. He even gave me a couple stretch techniques which I can use to avoid tight muscles. He is undoubtedly one of the best massage therapist in Sydney. Would highly recommend Blys!

No travel, no wait times, no phone calls, just Blys. 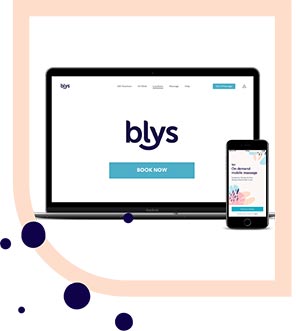 Pick from massage and beauty treatments to yoga, fitness, physio and mindfulness.

Book to suit your schedule

Experience self-care on your schedule. Book in seconds via our website or app and find a time and date that works for you. Same day or in advance.

Wellness delivered to you

We’ll connect you with an experienced wellness provider that comes to you. They’ll bring everything they need so all that’s left for you to do is blys out.

Experts you can trust

We work with the best in the biz

All wellness providers on Blys are independent, highly skilled and carefully vetted to ensure you receive an amazing self-care session.

Book self-care tailored to your needs

How does Blys Massage at home work?

Blys is the fastest, easiest and safest way to get a professional massage in Australia.

We deliver the best massages to your doorstep from $109 – by connecting you to a trusted & qualified therapist in your local area.

No phone calls, no cash payments, no stress about finding the right therapist or making the journey to the clinic and back. You simply make a booking online on our website or massage app, and we will have a qualified & vetted Blys therapist knocking on your door in no time.

Some of our customers describe us as ‘Uber for Massages’.

What types of services can I book through Blys?

Any of these types can be performed as a Couples Massage – either simultaneously by two therapists, or back-to-back (e.g. first you then your  partner) with one.

Blys also allows you to Gift A Massage to a loved one.

To avoid any doubt; all our therapist partners are professionally qualified and do not offer any sexual massages.

Can I pick my therapist?

Yes, you have the option to choose between a male or a female therapist when making your booking. (or select ‘either’ if you just want a good massage and don’t mind)

And if you’re a returning customer, you’ll have the option to request the same therapist from one of your previous bookings.

In order to guarantee you receive a massage whenever you want it, we don’t offer our customers the ability to browse through massage therapists as we have no way of guaranteeing a certain therapist will be available for certain date/time.

Rest assured, all therapists are qualified and offer the same level of service excellence – so if you book a massage through Blys, you’re guaranteed to get the same 5-star treatment.

Can I re-book with the same therapists?

Absolutely! Our website and on-demand massage app makes it super easy to rebook your favourite therapists.

Simply go to your “Past Bookings”, find your favourite therapist, and rebook.
Some therapists get fully booked out fast, so if you loved a specific therapist and don’t want to miss out on another blissful experience, we recommend you to book your next treatment with your therapist while he/she is packing up after your treatment.
The Blys mobile app also allows you to add therapists to your “Favourites” list for quick access.

What times can I book a massage?

You can book massages 7 days a week from 8 am to 11 pm, including public holidays. These hours refer to the first and last available appointment start times.

What happens if there’s no therapists available?

In the unlikely event that there are no available therapists in your area for your in home massage, we will get in touch with you as soon as possible to check whether you wanted to reschedule, or cancel. (Note: we don’t charge you unless your therapist is confirmed, so no stress about being out of pocket for a service you haven’t received).

Which cities and areas can I book in?

Please refer to Our Locations page for the full list of locations.

In Adelaide, we are available across Adelaide City & CBD, Adelaide Hills and Adelaide Northern Suburbs, and all areas of Metropolitan Adelaide.

In Perth, we are available across Perth City & CBD, Perth Northern Suburbs and Perth Southern Suburbs, and all areas of Metropolitan Perth.

Can I get a massage near me?

Of course you can! Blys has therapists all around Australia with greater expansions to come. Because we are a mobile platform, we rely on local massage therapists becoming a part of the Blys network to connect with clients around the country. If you’re searching for massage near me, simply make a booking request through our website or mobile app and have a professional, qualified and trusted massage therapist come right to your door.

Do I need to provide anything for my mobile massage?

Nope! All mobile massage therapists bring everything needed for a perfect home massage; professional table, fresh sheets and towels, essential lotion/oils, soothing music, and most importantly – the best hands in the business!

You are welcome to use your own table, towels, sheets or music if preferred.

All we need is space to set up the table (about 1m x 2m) which fits in small apartments too.

Occasionally a small/folding chair may be requested, but most massage therapists can bring their own stool if needed. Since your body temperature can drop slightly during a home massage, please ensure the room is at a comfortable setting for you.

What should I wear during the massage?

Whatever makes you comfortable – you determine your own level of comfort when disrobing, but typically you’ll undress up to your underwear.

As per Blys guidelines, clients are required to wear underwear for the duration of the massage.

All therapists are trained to give you the privacy to undress and dress; they simply step outside the room briefly and come back in when you’re ready to soothe. In addition, the utmost respect is given in regards to draping throughout the massage to ensure private areas are never exposed.

In regards to chair massages, the client remains fully dressed – though some choose to remove bulky sweaters or jackets.

Can I get a rebate for my massage with my health fund?

Yes, you can – however we cannot guarantee it as it depends on your health fund + available therapists.

If you’d like to claim health fund rebate for your massage, please simply add your requirement in “Note for your therapist” when booking (e.g. Bupa, hicaps, Medibank private, AHM), and we’ll do our best to find a therapist with that fund.

Why should I choose Blys?

The benefits of massage therapy are undeniable: decreased stress, improved quality of sleep, increased mental clarity, and reduced pain. Unfortunately, finding time in your busy schedule to travel to and from the massage therapist’s location plus the session time isn’t always feasible. Blys mobile massage platform brings therapeutic services to your home, hotel or office in as little as an hour anywhere in Sydney, Melbourne, Brisbane, Adelaide and Perth.

While relaxing in a serene spa may sound enticing, therapeutic massage in your own home can be even more beneficial. There is greater flexibility in focusing on your well-being when travel time is eliminated. Whether you’re working around school schedules, nap time, or conference calls, all mobile massage therapists work to your schedule so you have more time to soothe yourself.

Blys is 100% Australian owned and operated.

How do I book a home massage through Blys?

You can book a home massage using our website or on-demand massage app. After booking your home massage, you get real-time updates about the location of your therapist.

Can I book in home massage from Blys after hours?

Yes, you can book a home massage after hours. Bookings are available from 8am in the morning through 11pm at night.

How much does it cost to book a home massage service?

You can book a home massage from as little as $109/hour.

The price includes travel, parking, all equipment such as fresh towels or linen, natural oil, soothing music, professional massage table (or massage chair if required) and a full body massage from a qualified therapist.

See our Pricing page for details.

Give the gift of self-care with a spa-quality massage, beauty or wellness treatment from Blys, because time spent on you is time well spent. You choose the value, we deliver the experience.

A special package of 5 or 10 treatments of ultimate bliss. 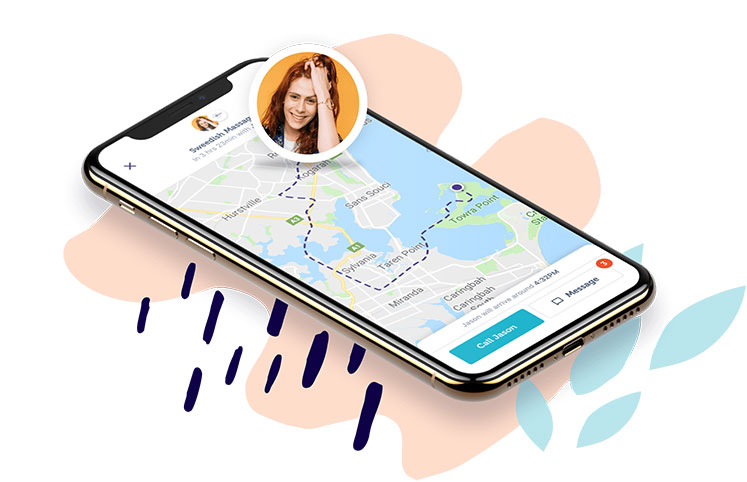 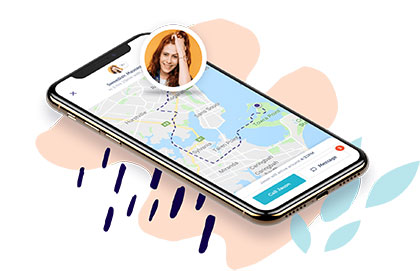 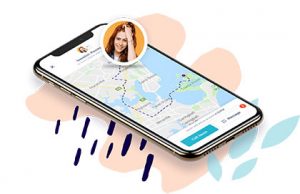 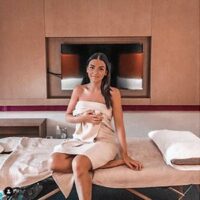 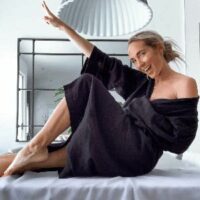 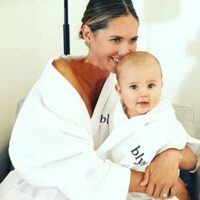 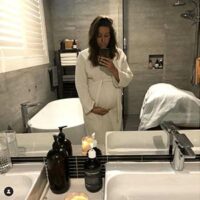 Are You A Qualified Practitioner?